It hasn’t been long since Infinix released the Hot 7 but new leaks surfacing online show that the new Infinix Hot 8 is already baked and ready to be served.

According to 91Mobiles, they have seen a couple of retail box images of the Infinix Hot 8 already and believe it will be launched in India later this month.

See the photo of the Infinix Hot 8 box below: 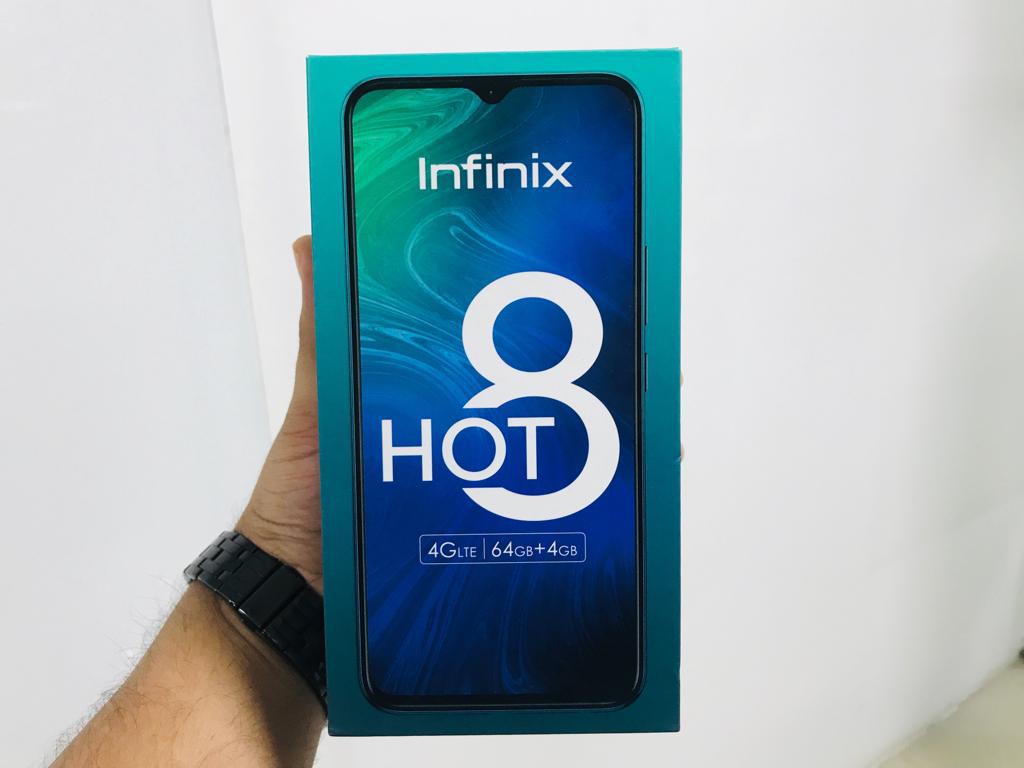 The leaked image already gives out some information about the phone. Apart from the fact that the front display is going to sport a teardrop notch, it is also quite visible that at least one variant of the Infinix Hot 8 will have a 64GB storage space capacity and 4GB of Ram.

Other specifications of the phone are currently unknown but it is expected that the phone will be considered ahead of the Infinix Hot 7 in overall specs and performance.

As for price, it is speculated that it will be somewhere in the GHS 1000 range.

Excited about the Infinix Hot 8 and want to know the price, specs and best deals to get it in Ghana, Nigeria or Kenya? Subscribe to Mfidie.com and be the first to know when the information becomes available.